When My Heart Bleeds 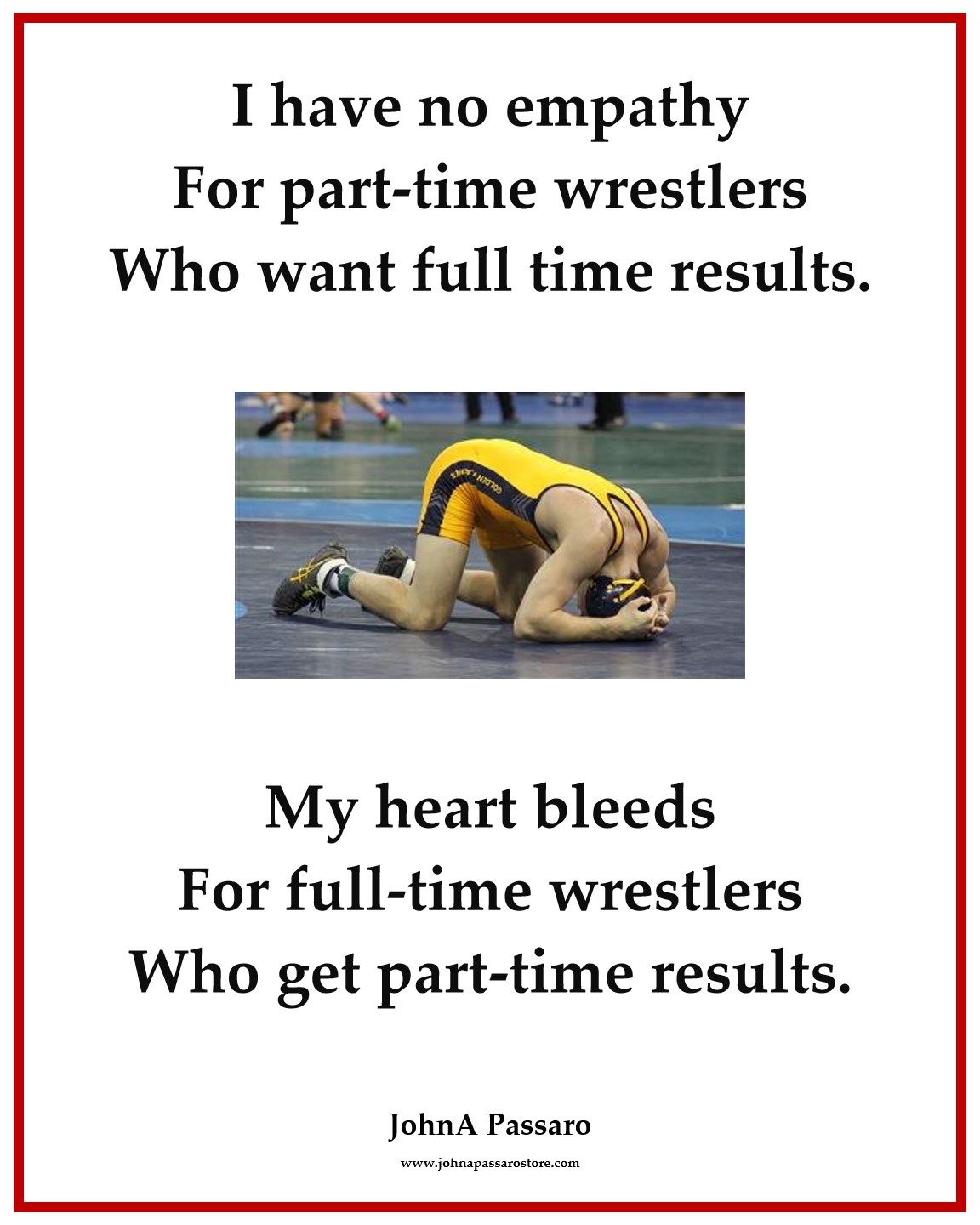 When a part-time wrestler comes up short in achieving their goals one can always find what they could have done more to have had a different outcome.

That is logical. Understandable. Justifiable.

But when a wrestler who has dedicated his life to this sport and something out of the ordinary unjustifiably impedes his path and progress to his goal, well, that is

In this case, Ian Miller rightfully won his quarterfinal match in the NCAA’s in 2015 but a scoring error incorrectly sent the match into overtime where he did not get the takedown and did not advance into the semi-finals.

Every time I hear a part-time wrestler gripe about coming up short in his season I have absolutely no empathy.

That is controllable. And they elected not to take control.

It is in the realm of the uncontrollable when dreams are crushed when my heart bleeds.

All in all, I still would rather be in the camp of the Ian Millers of the world, putting in massive amount time and work, and dedicating most of my life and then having something out of the blue derail me than to know that there may have been something more that I could have done and elected not to do it.
_________